Evolution of Card Payments: Why is “Plastic” and Not Cash Becoming Dominant? 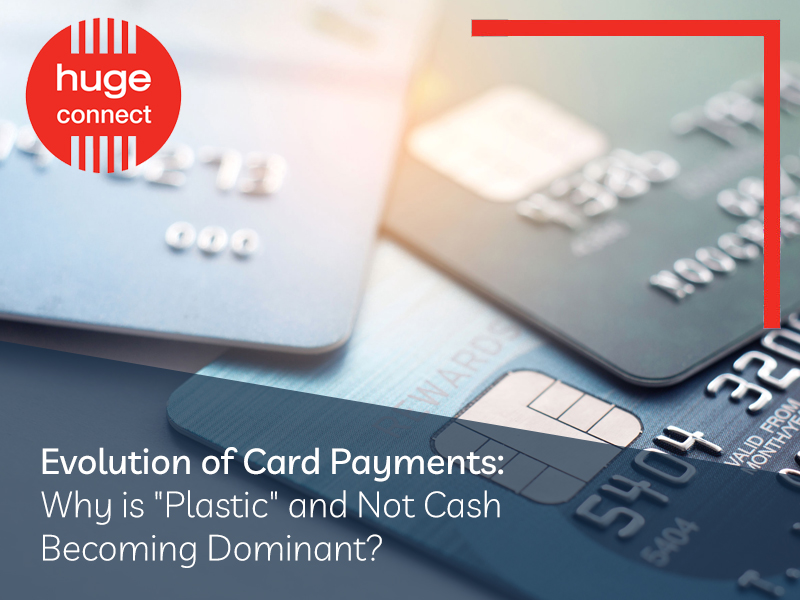 Evolution of Card Payments: Why is “Plastic” and Not Cash Becoming Dominant?

The history and evolution of card payments are telling a global story that can no longer be ignored. The reason why ‘plastic’ money wins hands down over carrying wads of cash in the form of banknotes in purses and back pockets, will soon be revealed. Let’s get the story from the beginning.

It was to avoid carrying heavy copper coinage that merchants in China were initially given notes reflecting bank deposits as early as the 7th century AD. Sweden first issued paper banknotes in 1661 – with 16 certifying endorsements signed individually by recognized VIPs! Far preferable for the wealthy to carry paper notes than large, heavy, easily stolen gold and silver coins.

Long before the evolution of card payment systems, that idea caught on and went global. Criminal masterminds started figuring out more sophisticated ways to steal cash from the ‘Fort Knox’ institutions keeping it all.

That still left plenty room for ‘pick-pockets’ – the forefathers of today’s street muggers because many middle and lower-income groups still carried cash around with them. Those in our day who still do so remain vulnerable to opportunistic crime.

That evolution of a card payment system began in the 20th century due to a restaurant incident in 1949 where a patron was faced with the dilemma of settling the bill having forgotten his wallet at home. Thus, it was that the Diners Club Card – for well-to-do customers – launched what has become the Electronic Funds Transfer Point of Sale (EFT-POS) and the ‘POS’ terminals we know so well.

While criminal masterminds continue to figure out ways to fraudulently tap into that system, the cyber network fights back with digital ‘Fort Knox’ security measures to fend them off.

In 1981, thanks to a small electronic company in Hawaii, the evolution of card payment systems took its first bold steps out of the water. Verifone produced the first dedicated POS system and 3 years later, the ZON terminal.

The 1st POS terminal in Greece was by courtesy of Printec. By 1990, in conjunction with Greece’s Alpha Bank, the 1st POS system was installed in a major Athens rental chain. France joined the merry band in 1984, adding the microprocessor we call a ‘CHIP’, which evolved over the next 10 years into the EMV -Europay, Mastercard and Visa standard issuing brands.

Another giant step in the evolution of card payments occurred in Romania. Mobile phone payment and top-ups at POS terminals were instituted in 2008 together with ING Romania and MasterCard, using Maestro PayPass™ technology. 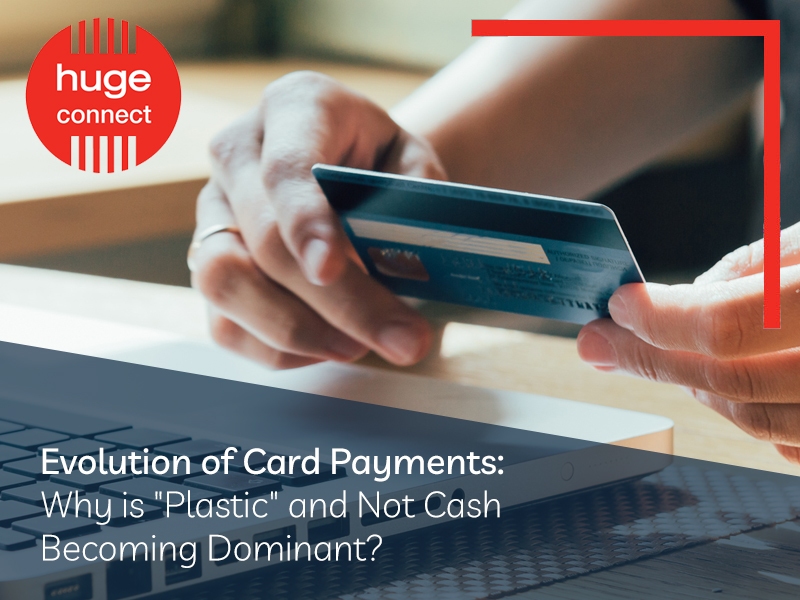 Why “Plastic” Dominates the Evolution of Card Payment Systems

Given that card payments began as the option for the globe-trotters and the financially fit, it would be understandable to assume that cash could never become fully overtaken.

However, with the advent in countries like South Africa, where government grants are being accessed via cards, ‘plastic’ continues to demonstrate robust financial genes. Either way, there is a strong case for the convenience of ‘plastic’ card payment, such as:

Prudence will always be a factor whether carrying cash or cards. As the evolution of card payments is in a rapid growth phase, it means developing ‘street-smart’ ways of carrying cards on our person. Many have multiple cards, which they carry in a card wallet but at least keep it separate from the bits of cash carried in the event of losing one or the other.

Future Predictions for the Evolution of Card Payment Systems

Whatever ‘shape’ the ‘card’ in payments systems might eventually look like or become, a secure POS terminal will remain the device capable of payment transactions. ‘Plastic’ may become ‘extinct’ in decades to come as the financial landscape shifts to accommodate a growing digital profile.

For now, if this is the ‘Jurassic’ card period in the evolution of card payment systems, ‘plastic’ is still the dominating raptor. Let’s make use of this reality and reduce as much risk as possible and become ‘card-smart’ and expand the ‘banked population’. Educating lower-income groups to debit and pre-paid cards will keep card payment systems viable and interested in keeping our transactions safe.