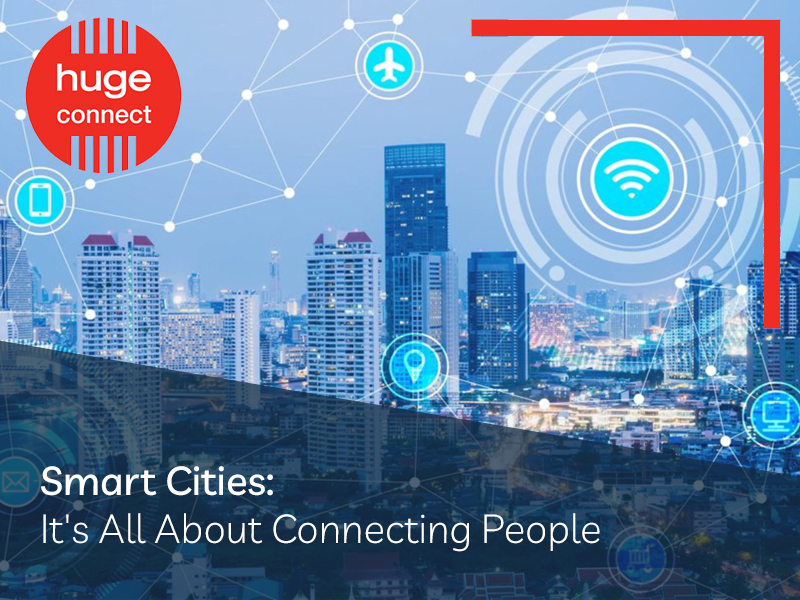 There’s no doubt that smart cities are a fast-growing phenomenon. While digital applications benefit urban areas, more than half the world’s populations are currently, city-dwellers.

Innovative technology is already being applied to critical considerations like energy efficiency, urban strategies and transport solutions. Major world cities climb gratefully onto the bandwagon, happy to tread a tried and tested path. Meanwhile, the scope for being ‘smart’ about a wide range of pressing city issues such as crime, waste management and traffic congestion is becoming increasingly urgent. So is the need for international inter-city cooperation to pool experience and operational viability.

Teams focused on developing smart cities, work hard to explore, evaluate, design and implement helpful digital innovation. However, it is fast being realised that feedback from the population it’s intended to benefit cannot be ignored.

Connectivity is fiercely people-driven. Technology-centric smart cities need to become way more people-centric if their innovations are to become a part of daily life.

After all, where did it all start if not with smartphones, smartwatches and smart cars? Addressing residential and city-dweller needs is what will win public support for incorporating innovation. In  Ramallah, public Wi-Fi access has done more for its people by providing the connectivity to the outside world, than any air pollution monitoring system – vital though that may be.

The Rise of Smart Cities

Since the rise of cloud computing, the Internet of Things (IoT) can more readily use sensors and devices, for collecting and evaluating data. That assists city authorities to intelligently manage assets, lower costs, increase efficiencies, revolutionize transport and enhance the quality of life for people. IoT supplies a template as it were, for a whole body of devices that ‘talk to each other’ to enhance the everyday lives of city-dwellers and to solve issues arising.

The current, hot issue for IoT companies, involves preparing cities to gear up for 5G connectivity. 5G is capable of speeds greater than 20 Gpbs (Gigabits per second). That’s fast enough to download 600 movies a minute or six seasons of a series in under 20 seconds.

Governments and companies are put under pressure to keep up with the rapid advance. They need to be able to convert to a concentrated, interconnected digital economy as the infrastructure compresses. Governments the world over essentially needs to support the development of 5G networks. They could create initiatives and assist the telecom industry in the human quest for smart cities.

All of this still comes back to the populace. Pouring funds into something that the people consider of prime value is more important than plain innovation or mission-critical tech advances. Transport and waste disposal continue to top the list of what matters to citizens.

In an exhaustive study of 16 cities – published on June 24, 2019, the book  Sixteen Shades of Smart –How Cities Can Shape Their Own Future,  set out an index for rating smart cities.

Co-author Arturo Bris, comments: “For the first time, we attempted to assess people’s perceptions of technology – as opposed to the quality of the technology itself – as a way to characterise the “smartness” of a city. We did this by conducting a massive survey among citizens of 102 cities, to assess how favourably they viewed the technology made available to them… we found that Medellin has become a very successful smart city because technology targets citizens’ main problem – safety.” 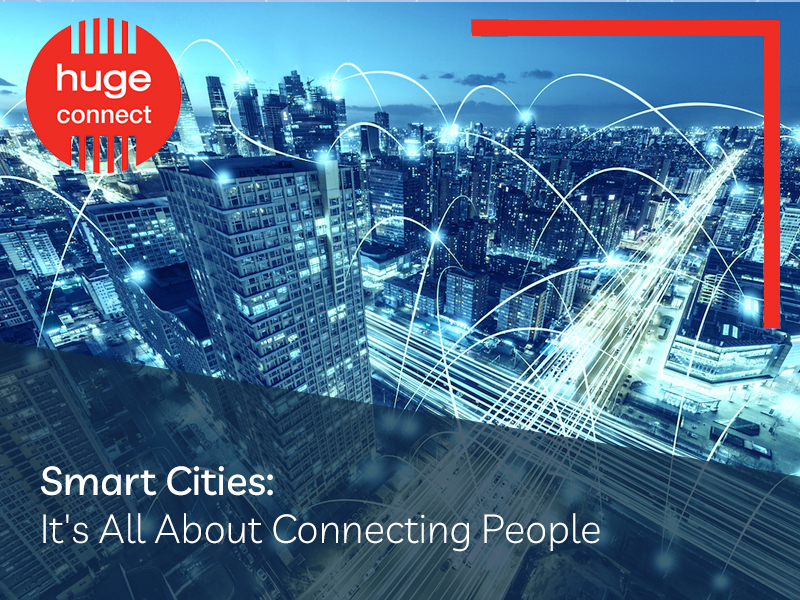 What The Future Holds

By 2050, forecasts indicate that 70% of the world’s population will be living in smart cities. That means ‘smartly’ managing megacities.

A live example of a driverless bus, developed by Noina, which travels along a pre-recorded 1.5km path at just 20 kmph using sensors and GPS was presented to the delegates to the 2018 Fujitsu World Tour in Stockholm.

Singapore is striking out as’ leader of the pack’ in smart cities mentality. They are the nearest living example of what the near future holds. Their government has a magnificent 2025 masterplan to accomplish their smart city ambition.

As Dr Ayesha Khanna, Co-founder and CEO of ADDO (from the Latin meaning ‘to add’) AI, Singapore, notes regarding the human factor in the future of AI in smart cities: “We went to them and said that the reason for the low engagement is because you are treating citizens like grey blocks. Why don’t you treat citizens the way an Amazon or a Netflix treats them, by personalising the experience, by giving people the right information at the right time.”

Gabriel Lim, CEO of Singapore’s new merger IMDA (Info-communication Media Development Authority) told journalists at a press conference, that “segments of the population enabled by technology are running ahead of a segment of the population that is left behind: not connected to the Internet”.

Where to From Here?

Keeping up with technology can be overwhelming. But the essential first step – especially for small businesses and start-ups – is stable and sustainable internet connectivity.

To operate in tandem with the IoE (Internet of Everything) we need the fastest, most reliable internet connection available in our area.

That’s where we at Hugh Connect come in. Contact our friendly team who will quickly be able to advise you on the best way forward for you and your business.