What is a Hosted Phone System? 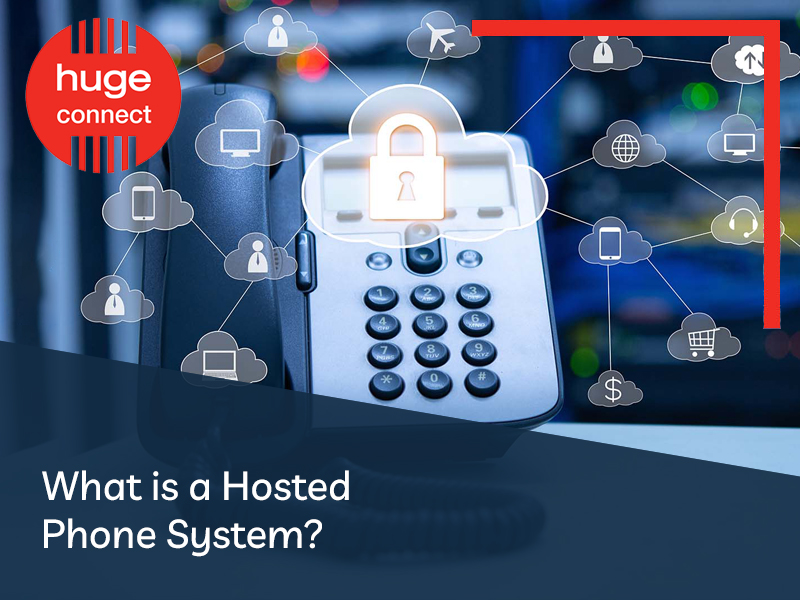 What is a Hosted Phone System?

“I’m sorry. The number you have called is unavailable. Please try again later.”

If you’ve ever been on the receiving end of this incredibly frustrating message then you will understand completely the value of a good, reliable telephone service for your business. You’ll be thrilled to know that there are several options available to you which are very likely to be cheaper and more reliable than what you have now.

That’s why so many people are asking the question, “What is a hosted phone system?”

Let’s dig a little deeper into tackling this topic and hopefully offer up some viable solutions for your needs.

What is a hosted phone system?

A hosted phone system is, essentially, someone else’s problem.

For decades most businesses with more than five employees have made use of a PBX-style phone system to manage incoming and outgoing calls. This worked well from a practical perspective as a single line meant a busy signal for prospective customers.

However, as the functionality of on-premises PBX phone systems grew, so did the capital cost and the upkeep.

Then, along came cloud-based phone systems which basically took all the hardware and the hassle away from the business owner and their beleaguered IT team and cared for it all in the cloud, routing calls through the Internet connection.

Increased connectivity speeds made these hosted phone systems possible and brought along a multitude of value-adds which kind of makes the traditional phone systems look like dinosaurs.

If you’ve ever ventured into the world of hosted phone systems you’ve likely found yourself eyebrow deep in acronyms which can get a little perplexing.

VoIP is also called internet calling or IP telephony, and we’ve unpacked it in more detail in our article discussing What is VoIP and why does your business need it? You’ll recall that Voice over IP (VoIP) makes use of the internet to send and receive calls, packaging them up neatly and barrelling them through the net as data, and unpacking them on the other side as a voice call.

The real question is, however, what can VoIP do for my business?

It all comes down to reduced costs, better features, and scalability.

As mentioned, the hardware required to manage those essential company calls can be costly and cumbersome. A hosted voice solution removes these and your service provider will then take on the responsibility of maintaining, updating and securing your phone system.

Switching to a hosted system from a traditional PBX is far cheaper than the reverse. There’s simply not much to pay for as you’re not buying costly hardware.

Telephone costs have increased steadily over the years, especially for those of us who need to make international calls. Internal VoIP calls between branches are free, and those made externally make use of your internet connection so don’t incur these prohibitive charges.

Whatever your old phone system could do, you’ll find that a hosted phone system can do just as well. Keep the number that your customers know, and just make the switch – they won’t even know the difference!

From call routing and quick transfers to mobile devices to conference calling and everything in between, your hosted solution is all over it. Over and above what you’d expect as standard, you can also choose to include:

And of course, if your business relocates then you simply pack up and plug in on the other side without having to endure the downtime involved in moving a clunky room of telephony hardware.

No matter whether your business is growing, moving, downsizing or offering remote working arrangements for your team, your hosted phone system can flex with you.

Right, so we’re convinced – a hosted phone system is the way to go. What else do we need to know?

What connectivity do I need for a hosted phone system?

Yes, connectivity is a major factor at play in the decision to move to a hosted system.

After all, if you’re running your phone system as well as your website, accounts, customer service, and perhaps your eCommerce functions through the Internet, you simply can’t afford to have a sluggish and unreliable service.

Thankfully, fibre is rolling out across South Africa and is no longer the domain of a few pockets of the country. However, it is well worth chatting with the Huge Connect team who will be able to put together a connectivity package to suit your location, your budget, and your exact hosted phone requirements.

What Does Digital Transformation Entail for Your Business?

Redundancy, Backup and Failover. What is the Difference?

Can Your Business Afford Not to be Contactless?